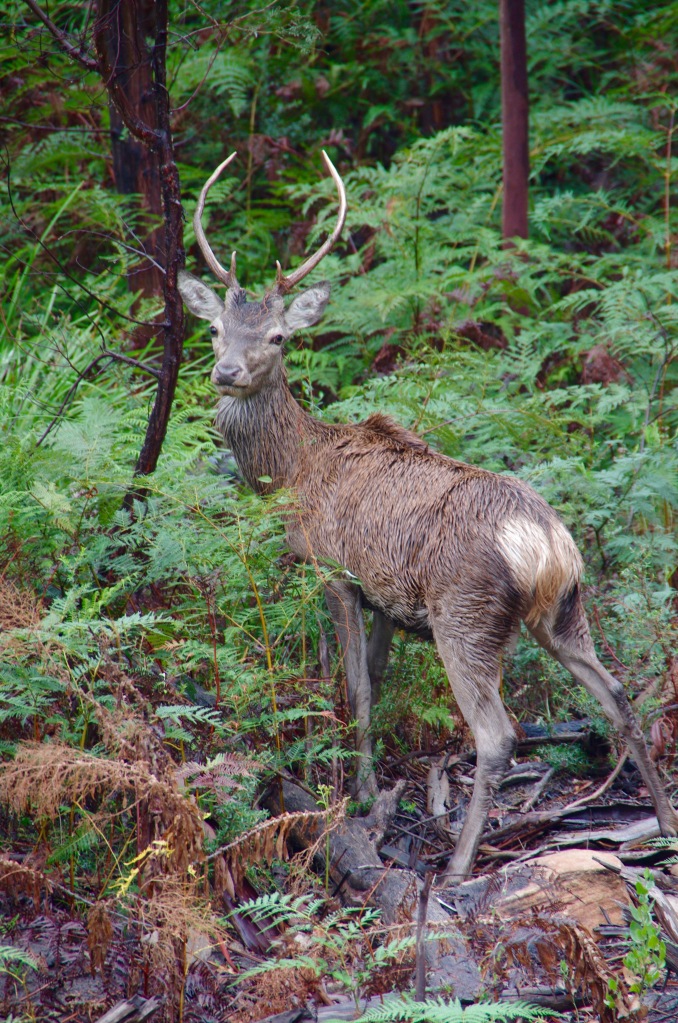 Deer are not native to Australia. Along with many other birds, animals and insects they were introduced by the British invaders mainly for nostalgia, hunting or to eradicate some other introduced species. The first deer were brought from India early in the C19th and released for hunting. Unfortunately they moved quickly into mountainous areas  like the Alps in North East and East Victoria and NSW and at Gariwerd in Western Victoria and bred like rabbits. This is a real Monarch of the Glen scene  ironical that it is in the Grampians,        ( Gariwerd) as named by the early Scottish explorer Mitchell . Deer do quite a deal of damage to the foliage and topsoil in the mountains. However cattle and sheep have destroyed much more of the country since their introduction. Usually deer  are timid and flee as they are not guaranteed longevity in national parks. I was amazed at the apparent tameness of this one only about 10 metres from us on a walking track. It was difficult to see him against the foliage, other people walked past us and did not see the deer. He was in the creek and enjoying a rub down against the tree. I think he is beautiful and do hope he is safe.