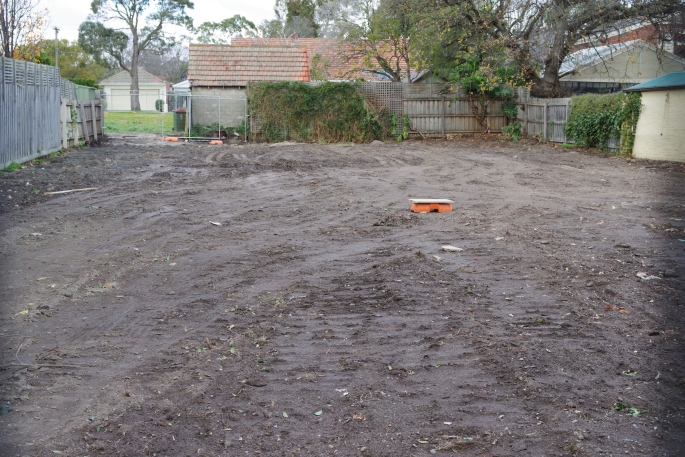 no chance for haiku 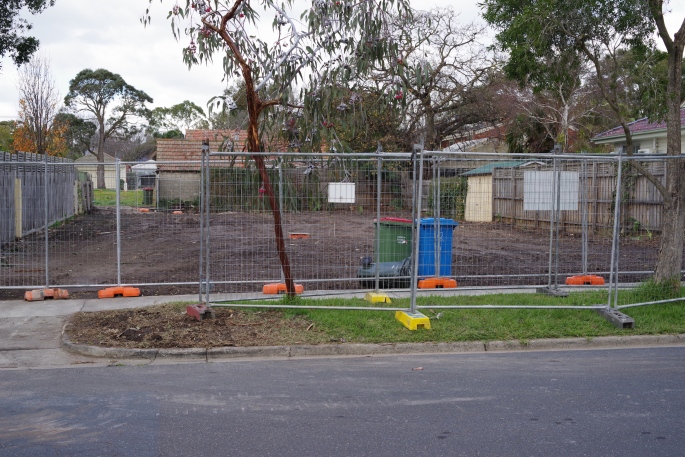 One hundred metres down the street from our home these photos show  where a suburban house and garden once stood for over 60 years, where families shared their lives, where plants once grew and died , where birds, animals and insects     co-existed in nature. Now all gone.A desert of flat dozed lifeless dirt. Already foundations are being created to build fence to fence double story townhouses and concrete hard surface and maybe a few plants in pots. Gone is a local history and an ecosystem, not an original one but an ecosystem that saw many indigenous life forms existing. Through the gap in the rear fence where green weeds grow the same thing happened last year and over that next street the same again. This is happening all across our suburb and in neighbouring suburbs and on and on in Melbourne Australia. Population growth demanding new dwellings and  a greed from property developers to squeeze as many living spaces on a block of land as possible  means vegetation and fauna loss on an increasing scale. We have noticed the little birds have disappeared from our garden and that is one small sign. Our local government is unable to limit or control this madness, this environmental destruction. As well the loss of trees and shrubs adds to global warming. Maybe these images sum up Australia’s attitude as a nation to global warming.                   No chance for haiku !!!!!!