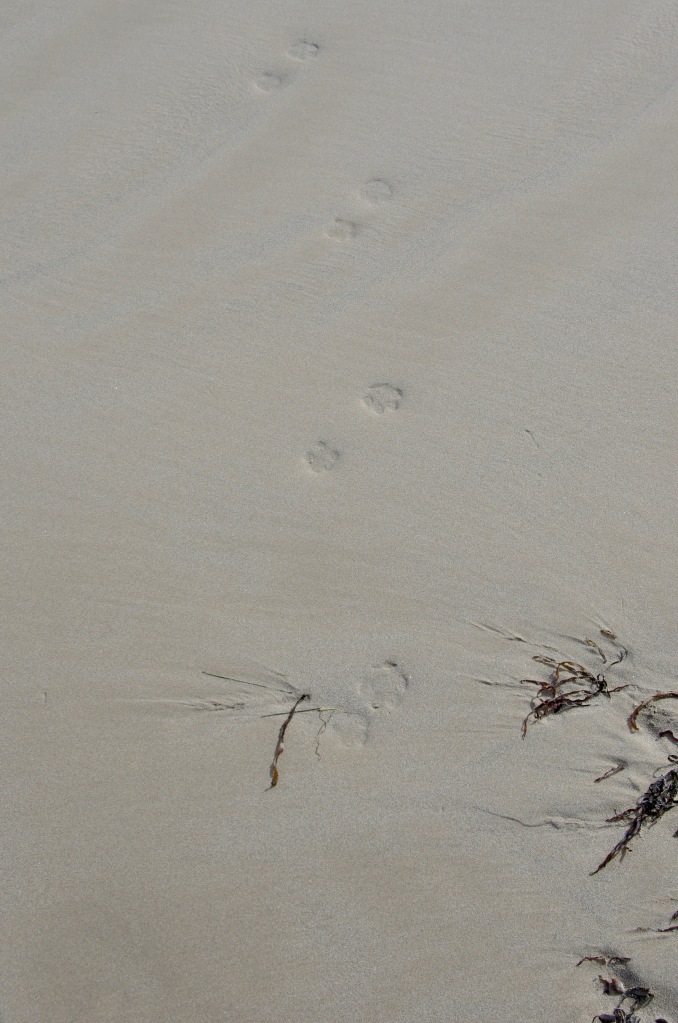 footprints in the sand 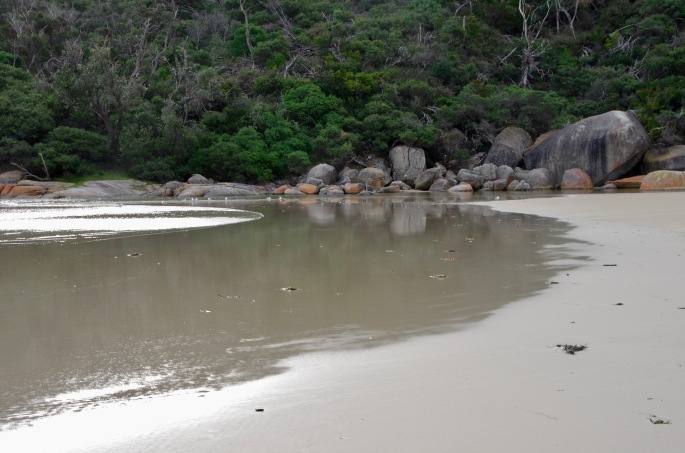 As we were walking along the Norman Bay beach near Tidal River in the National park we stopped to observe and photograph some feathers embedded in the sand as shown in “Life Cycle” two posts ago. Through the lens we noticed faint footprints. First I thought dog, but no dogs are allowed in National parks unless they are feral or working and the former are in danger. Then we realised fox and they are even more in danger. I have a soft spot for foxes even though they are significant predators of native fauna. They are smart survivors  and have such  a gift for play but they are wanton killers as well.

Anyway these prints became stronger as we followed them along the beach until they disappeared . Was the fox coming from Tidal River after a scrounge for campers food or was it going down there and returned a different way? We will never know however there is one guarantee, it will be hunted by the rangers. Good luck fox.